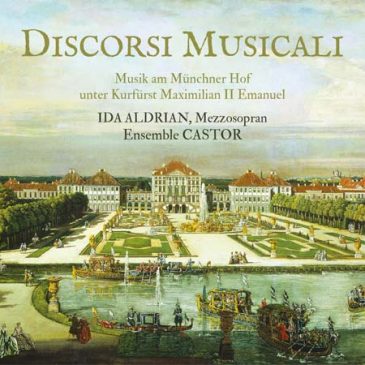 Music at the Munich Court under Maximilian II Emanuel, Elector of Bavaria. With Ida Aldrian, mezzo-soprano.

‘Discorsi Musicali’ reflects the music of the Munich Court under Maximilian II Emanuel, Elector of Bavaria, presenting works of Johann Kaspar Kerll, Agostino Steffani und Rupert Ignaz Mayr. Together with Ida Aldrian, mezzo-soprano from the Styrian city of Bruck an der Mur, Ensemble Castor introduces these lately rediscovered baroque masterpieces, which originate from the South-German and Austrian region – full of suspense and with high intensity.

‘Upper Austria may be proud of this excellent showpiece of baroque music’ (Georgina Szeless, November 2015)